Forfeiture of the right to reimbursement under the new law (Art. 23 VStG) since January 1, 2019 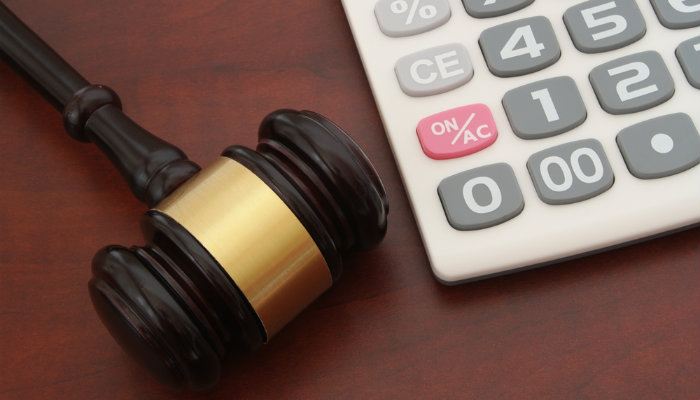 There are already two Federal Court rulings on the forfeiture of the withholding tax reimbursement claim under the new law.

The Federal Court decision 2C_1069/2018 of 23 April 2019 concerns the tax liable spouses A.A. and B.A. who declared their participation but not the dividends distributed by Galerie D. in their 2015 tax return. In the assessment order, the tax administration of the Canton of Basel-Stadt then calculated the dividend income at CHF 130'000. In the assessment protocol, it informed the spouses that they were not entitled to a reimbursement of the withholding tax for lack of a proper declaration.

The Federal Court decision 2C_37/2019 of 16 August 2019 again concerns a married couple who stated their shareholding in D. AG in their tax return for 2015, but not the dividends distributed in the corresponding tax period. The tax administration of the Canton of Basel-Stadt calculated the dividends as part of the processing of the tax returns for 2015 and informed the couple that they had no claim for a reimbursement of withholding tax due to non-declaration.

Distinction between negligent and intentional non-declaration

Anyone who does not declare income or assets subject to withholding tax contrary to the statutory provisions of the competent tax authorities normally forfeits the right to a reimbursement (Art. 23 para. 1 VStG). According to the new Art. 23 para. 2 VStG, however, the forfeiture of the reimbursement claim does not occur under the condition that, firstly, the income or assets were not negligently stated in the tax return and, secondly, in an assessment, audit or after-tax procedure that has not yet been legally concluded, the income or assets were subsequently stated (lit. a) or added by the tax authority (lit. b). This new regulation therefore requires an exact examination in each individual case as to whether negligent or intentional non-declaration has been involved.

In the first ruling 2C_1069/2018 it was undisputed between the parties that the parties erroneously and thus negligently did not declare the dividend income and the tax administration of the Canton of Basel-Stadt had added the income based on its own assessment. Therefore, the conditions of Art. 23 para. 2 VStG were fulfilled, so that the claim for reimbursement was not forfeited. The Federal Supreme Court approved the appeal and the withholding tax was to be refunded to the couple that had lodged the appeal.

As a result of the second ruling 2C_37/2019, the appeal was only partially upheld and rejected by the Federal Supreme Court for further clarification of the facts at the lower instance, as it was unclear whether it was a case of negligent or intentional non-declaration within the meaning of Art. 23 para. 2 VStG.

In order to distinguish between negligent and intentional non-declaration, the Federal Supreme Court states that the principles of tax evasion must be applied. Intentional or at least intentionally attempted tax evasion presupposes that the taxpayer has acted with knowledge and will with regard to all constituent elements of the offence (cf. 12 para. 2 in conjunction with Art. 104 and Art. 333 para. 1 StGB).

Contingent intent is also sufficient, whereby the taxpayer here considers the occurrence of success to be possible, but nevertheless acts and thus accepts the occurrence of success (i.e. an incorrect submission of the tax return), even if this is not desired by him. The taxpayer acts negligently, if he does not consider the success due to obligation-adverse carelessness at all or if he trusts in the non-occurrence of the success (Art. 12 para. 3 StGB). In the case of the latter one speaks of «conscious negligence». The delimitation between conscious negligence and contingent intent can lead to difficulties in individual cases. The taxpayer acts with imprudence contrary to duty if he does not show the expected care which can be expected of him according to the circumstances (education, intellectual abilities, professional experience, etc.). According to jurisdiction, in order to affirm proof of intent, there must be sufficient certainty that the taxpayer was aware of the inaccuracy and incompleteness of the information provided in his tax return. If this knowledge can be proven, it is presumed that the taxpayer acted intentionally with regard to his false statements. This means that the taxpayer deliberately intended or at least attempted to deceive the tax authorities and thus sought (direct intent) or accepted (contingent intent) a lower assessment. Another reason for the inaccuracy or incompleteness of the information is usually hard to fathom, which is why it is very difficult to refute the above presumption.

In ruling 2C_37/2019 of 16 August 2019, it was disputed between the parties whether the complainants had acted negligently or intentionally with regard to the non-declaration of the distributed dividends. The complainants stated that they had acted negligently due to the complexity of their financial situation, their old age, lack of legal knowledge and health problems. In addition, they claimed that they had not been able to remember the aforementioned dividend payment, even afterwards. Finally, they argued that if they had intended tax evasion, it would have been better if they had not declared the withholding tax-free interest on the mandatory wall loan from D. AG (including the loan itself) (which they had declared in the present case) and not the dividends subject to withholding tax. On the basis of these arguments, the tax administration of the Canton of Basel-Stadt decided that, despite the amount of the dividends (CHF 900'000), there was a lack of prudence and therefore negligence on the part of the complainants. For a deliberate non-declaration there was a lack of intent to defraud and intent to evade. However, the FTA was of the opinion that the complainants had at least acted with intent because they had knowledge of the distributed dividend or should have had knowledge of it because they had been a supervisory body of D. AG since April 2014. Since the lower court had never stated whether the complainants had deliberately or negligently failed to declare the dividend and the Federal Supreme Court therefore lacked evidence and facts to conclusively assess the case, the Federal Supreme Court referred the matter back to the lower court for further consideration.

Although the new provision in Art. 23 para. 2 VStG is to be welcomed in itself and fundamentally represents a relief for taxpayers, the new jurisdiction already shows that the demarcation between negligent and intentional non-declaration will prove difficult again and again. The reliance on such a subjective element on

the part of the taxpayer harbours its perils. Especially in cases where the previous instance of the Federal Supreme Court still ruled under old law, it will regularly not have assessed the question of negligence or intent. However, since the Federal Supreme Court has no cognition to decide this legal question without the necessary evidence and facts, some proceedings will probably have to be referred back to the lower instance in the future. It remains to be seen how jurisdiction will react to this new problem and whether it will maintain the current distinction between negligence and intent regarding withholding tax reimbursement claims. It should also not be forgotten that reimbursement claims  which have not yet been legally decided but which arose before 1 January 2014 are still subject to Art. 23 VstG and that well the old jurisdiction of the Federal Court is applicable as well. Read more