What does the Steuervorlage 17 have to do with the «Controlled Foreign Company» regulations? 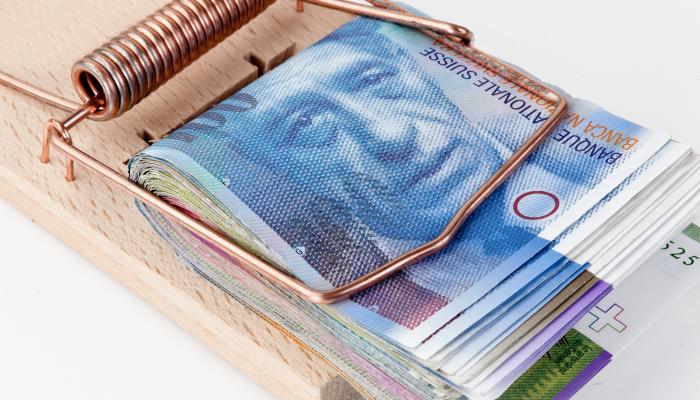 The Steuervorlage 17 is taking on more and more form and the reduction in profits tax is, as with the CTR III, a fixed and undisputed part of the new tax reform.

The aim is to lower the profit tax in order to remain attractive for status companies once the cantonal tax privileges have been abolished. However, the so-called «Controlled Foreign Company» rules (CFC rules) could significantly interfere with the joy of low profit tax rates and weaken the planned preservation of tax attractiveness.

What are CFC rules?

Simplified, CFC rules are mechanisms with which states without a state treaty unilaterally attempt to get a hold of the tax substrate of other states. These are highly complex regulations that vary greatly from country to country. Under «Downloads» you will find either a detailed discussion of the CFC regulations or a brief and graphically illustrated explanation.

States introduce CFC rules to prevent domestic parent companies from moving valuable tax substrate to subsidiaries abroad and thus deprive it of domestic taxation. If such a subsidiary meets certain conditions laid down by law, the domestic tax authorities add the profits of that subsidiary to the domestic parent company's fictitious income, without any actual profit distribution having taken place. This can be very painful for companies. The conditions that a subsidiary must meet in order to be covered by the CFC regulations vary from country to country. In principle, it must be a company domiciled abroad (foreign) which is "controlled" by a domestically domiciled company (controlled). In addition, this company often has to be located in a low-tax state and is typically engaged in passive activities.

What do the CFC rules mean for Switzerland?

Switzerland itself has no CFC regulations in place and does not plan to introduce them. However, driven by the OECD, more and more countries worldwide are introducing CFC rules, and by 2019 all EU countries will have to introduce CFC rules in their legislations. Basically, it can be said that it is a locational advantage for Switzerland not to have CFC regulations in place, since multinational companies tend to prefer states without CFC rules as their domicile. However, more and more subsidiaries in Switzerland can be covered by CFC rules of other countries if these rules enjoy increasing popularity. Switzerland is already regarded as a low-tax state by international standards, and this is precisely where the issue of reducing profit taxes comes into play.

What do the CFC regulations have to do with profit tax?

If the income tax is lowered further with the Steuervorlage 17 / TRAF, this could lead to Switzerland fulfilling the criterion of low taxation in a state with CFC rules, where it is currently not yet classified as a low-tax state with the current income tax rates. The lower the level of income taxes, the more foreign controlled companies (CFCs) in Switzerland can be covered by CFC regulations of other countries and be exposed to the corresponding disadvantages. This leads to the undesirable effect that although companies in Switzerland save taxes and Switzerland loses tax substrate, this saving is actually collected by another country under the CFC rules. We are therefore exporting tax substrate and the company in question has no tax advantage due to the reduction of income taxes in Switzerland. In this scenario, it becomes clear that lower income tax rates will make it increasingly difficult to secure new settlements or the long-term retention of companies already based in Switzerland.

It would therefore be important to consider this point when discussing the Steuervorlage 17 and not to neglect the other points of our tax attractiveness. Other non-fiscal factors such as legal certainty, political stability, a modern infrastructure and a good supply of trained personnel etc. are also relevant for locational attractiveness. In addition, there is a desire for transparent practice and swift access to the tax authorities, which Switzerland already offers to a large extend.

Of course, a reduction of profit tax will nevertheless make Switzerland a more attractive business location. How many subsidiaries in Switzerland are really affected by CFC regulations of other countries at the end of the day remains questionable. Regardless, the example of the CFC rules illustrates how much is currently happening in the world of taxation. States try to bind tax substrate to themselves by means of ever new constructs, even if they interfere with the fiscal sovereignty of other states and circumvent international legal provisions (as in the case of the CFC rules). It is therefore essential for Switzerland to closely monitor changes in international tax law practice and to undertake national reforms in anticipation of these developments. Just because the reduction of profit tax clearly increases the attractiveness of the company at first glance, it should be borne in mind that it still entails risks, especially when taking a second glance at the tax laws of other countries.