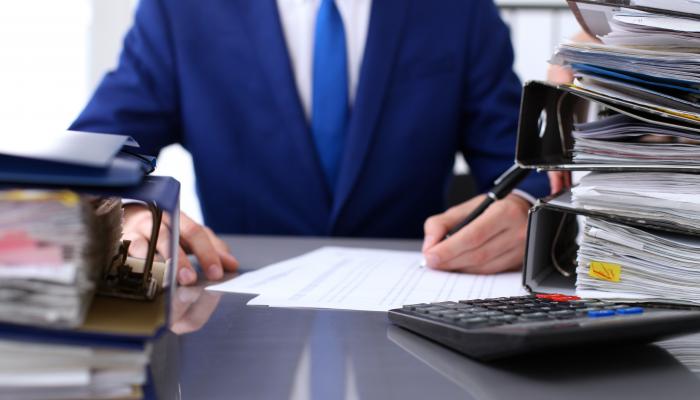 On 19 July 2012, however, the Cantonal Tax Office of St. Gallen opened an additional tax assessment in accordance with Art. 151 para. 1 DBG for the tax period 2003. In the course of audits carried out at B. AG and C. AG (formerly D. AG with its registered office in U.), receipts in the amount of 215'000 francs, 48'000 francs and 35'000 francs were discovered, in the light of which the tax office subsequently calculated a taxable income of 298,000 francs for the then married couple A. The Tax Office of St. Gallen adhered to this

assessment with the appeal decision of 18 February 2014, whereby only the offsetting of the amount of CHF 215'000 remained in dispute.

According to a receipt dated 15 January 2003, the plaintiff A. A., as representative of the (at that time) D. AG, received 215'000 francs in cash from E. as a "consulting fee for the sale of street F. 50-52". A. A. claims that he had accepted this amount on behalf and as a representative of D. AG. The 215'000 francs did not accrue to him as income, but to D. AG as profit. At that time, the meanwhile deceased owner of D. AG had commissioned him to use the 215'000 francs for renovation work on D. AG's properties. As proof, he presented various payment confirmations from the companies that carried out the renovation work in 2003 and 2004. However, the confirmations all date from 2013.

Taxable is, according to Art. Section 18 para. 1 DBG, "all income from a business, industrial, commercial, agricultural or forestry enterprise, from a liberal profession as well as from any other self-employed activity". There is an obligation to keep records for self-employed individuals. According to the Federal Supreme Court, records regarding business transactions must be kept chronologically and immediately after they have been carried out.

In this case, the plaintiff is responsible for providing proof on the basis of the records documenting his business transactions. He needs to prove that he has received the amount of CHF 215'000 on behalf of D. AG and has used it for the payment of the property refurbishments for D. AG. However, he does not succeed in doing so, as there is no evidence of a contractual basis between him and D. AG. The signature section on the receipt of 15 January 2003 reading "D. AG represented by A. A." is not credible. A. A. seems to have taken the 215'000 Fr. for himself and to have arranged the legal transaction between him and E. as a private individual. This is also supported by the fact that A. A. only tried to prove the use of the 250'000 francs with the payment confirmations after the initiation of the additional tax assessment, about ten years after the completion of the refurbishments. Furthermore, it cannot be inferred from the payment confirmations that the respective invoices have been paid in cash and by the plaintiff, nor that A. A. acted on behalf of D. AG. Thus, the proof provided by A. A. suffices to invalidate the presumption of income gain. According to the Federal Supreme Court, the lower instance has rightly qualified the CHF 215'000 as income from self-employment.