Direct postal delivery of tax assessments abroad - is that permissible? 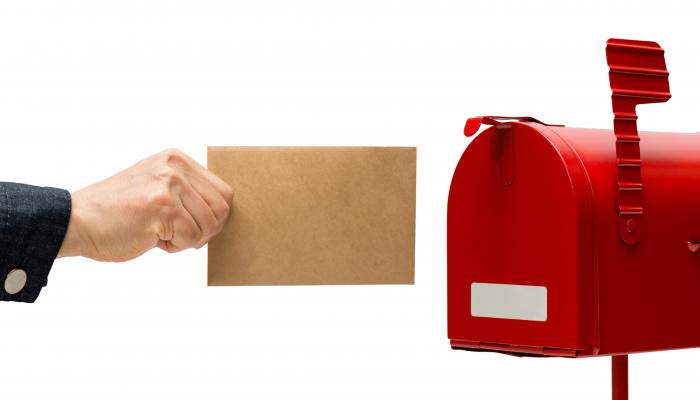 In August 2012, the new legal representative of the taxpayer, BDO AG (hereinafter referred to as the plaintiff), asserted that the taxpayer had not yet been served with a tax assessment order for the direct federal taxes and the state tax for the 2009 tax period by that date. The tax administration accepted this letter as a belated appeal against the 2009 tax period, but did not reply with a formal decision of objection, but in the form of a letter without notice of appeal. The taxpayer then filed a complaint addressing denial of justice with the cantonal Tax Appeals Commission on 18 September 2012. The commission accepted the complaint and directed the file back to the previous instance, instructing it to issue an appealable injunction. On 19 December 2013, the tax administration of the Canton of Valais issued a formal decision which did not allow the taxpayers to object because of a delay (decision not to intervene). The appeal brought by the plaintiff against this decision was dismissed by the Tax Appeals Commission, after which the plaintiff was referred to the Federal Supreme Court. The Federal Supreme Court dismissed the appeal with its decision on 19 June 2017 (2C_408,409/2016) on the following grounds.

According to the Federal Supreme Court, the initiation is a unilateral act of law, which needs to be received but not accepted, which enables the recipient to take note of the order. Thus, a judgement or an order only becomes legally effective when it is communicated to the parties. Before its communication, it is a void judgement which has to be taken into account ex officio. However, this non-delivery shall be distinguished from the delivery which has been made but suffers from initiation defects. If the principle that a party should not suffer any disadvantage from a faulty initiation is adhered to, such a defective delivery can still achieve its purpose and the principle of good faith restricts the possibility of invoking formal defects.

The international customary principle of territoriality states that the exercise of sovereignty on a state's territory by another state without consent is contrary to international law. According to the prevailing view in Switzerland, "the service of a document sent by a court of law also constitutes an exercise of sovereignty". Therefore, the service of such documents abroad requires the participation of the foreign state in order not to violate its sovereignty. For example, the foreign state could give its consent through intergovernmental agreements. Direct postal delivery of such documents, which are not based on an international contractual basis or are contrary to the domestic law of the recipient state, are therefore in principle contrary to international law and constitute an initiation defect in the light of international law.

Even though the plaintiff complained that the previous instance had arbitrarily established the facts and argued that the taxpayer had never received the 2009 assessment order, the Federal Supreme Court also concluded, after assessing the overall circumstances, that the 2009 assessment order had been served to the then Austrian representative (C. GmbH). The evaluation of evidence by the lower instance was neither contradictory nor arbitrary. However, the direct postal delivery of the 2009 assessment order to the representative in Austria without the basis of an international treaty was a violation of the territoriality principle. The tax administration should not have granted the request of the taxpayers and their representative at that time. Thus, i. c. not a non-decree occurred, but an initiation defect to which the complainant could in principle appeal. However, because i.c. the taxpayer himself had requested direct postal delivery abroad, it would be equivalent to a venire contra factum proprium if he claimed an initiation defect against this background. In accordance with the principle of good faith, this conduct does not find any legal protection and so the tax administration, as well as the Tax Appeals Commission were allowed to consider the objection raised about a year later as belated.

As a result of internationalisation, cross-border correspondence between taxpayers and tax authorities from different countries has increased massively. Although the need and willingness of taxpayers to correspond directly with foreign tax authorities is increasing, more attention must be paid to the legally correct communication between authorities and taxpayers in the international arena as well, as otherwise legal certainty suffers.