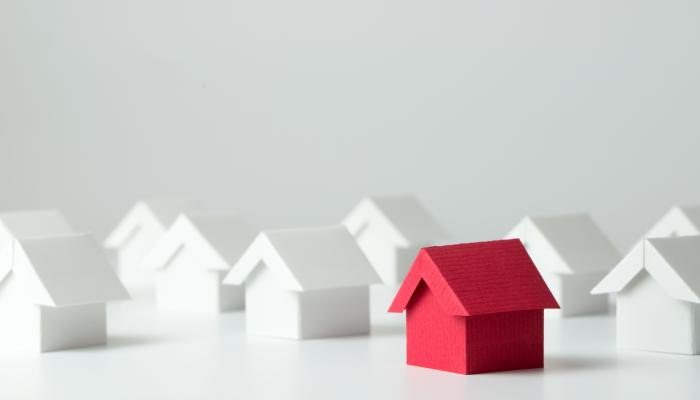 The complainants A. A. and B. A. were owners of several properties during the 2008 tax period.

The following properties were included in the business assets by the tax authorities:

The plaintiffs objected to this assessment. They argued that objects 2 and 3 are not classified as business assets but as private assets, so that instead of the actual maintenance costs the (higher) lump-sum maintenance costs can be deducted. Therefore, their taxable income must be reduced in cantonal taxes and direct federal tax. However, this objection was rejected by the Tax Commission and the Federal Tax Administration of the canton of Schwyz. As a result, the plaintiffs then referred the appeal ruling to the Administrative Court of the canton of Schwyz, which dismissed the appeal. The plaintiffs the proceeded to the Federal Supreme Court. The Federal Supreme Court ruled in favour of the appeal by decision of 13 April 2017 (2C_784,785/2016) with the following justification.

According to Art. 32 para. 4 DBG, the taxpayer may claim a lump-sum deduction for real estate held as private property instead of the actual costs and premiums. This flat-rate deduction is specified in the Federal Council's Ordinance on Real Estate Costs of 24 August 1992. According to Art. 3 of this ordinance, the taxpayer may choose between the deduction of actual costs and the lump-sum deduction in each tax period and for each property and, according to Art. 4, a flat-rate deduction cannot be made for properties that are primarily used for business purposes by third parties. In addition, according to Art. 18 para 2 sentence 3 of the DBG, all assets that entirely or predominantly serve a self-employed activity are regarded as business assets. According to federal court practice, real estate trading is defined as a self-employed activity "if the taxable person systematically purchases and sells real estate with the intention of making a profit". The activity as a whole must therefore be directed towards acquisition. According to the Federal Supreme Court, possible indications are the systematic way of proceeding, the frequency of real estate transactions, the close connection between a transaction and the professional activity of the taxpayer, the use of special expertise, the short duration of ownership, the use of considerable external funds for financing, the reinvestment of the profits achieved in similar assets or the realisation of profits within the framework of a partnership. Conversely, assets are to be regarded as private assets if by renting out their own properties they only manage their own assets. This is also the case if the assets are extensive, professionally managed and commercial books are kept.

In casu, the plaintiff was a shareholder in two construction consortia and also pursued an independent (secondary) activity in this respect. However, this does not necessarily mean that all of his properties are to be allocated to his business assets, but rather that this allocation must first be checked individually for each property. In casu, the plaintiff as an architect (main activity) possesses the necessary professional knowledge and was informed  about the opportunity to buy and the detailed characteristics of the objects 2 and 3 by his employer C. AG, which would suggest an allocation to the business assets. However, the properties were financed entirely with own funds and the funds used were not derived from the sale of other properties. In addition, the holding and long-term renting (association of two apartments and a ten-year lease agreement) does not support the intention of a rapid and profitable resale, but rather the plaintiffs' desire to achieve a long-term return on their assets.  Therefore, after an overall assessment of the circumstances, the Federal Supreme Court decided, that the elements supporting the allocation of objects 2 and 3 to private assets predominate. The plaintiffs may therefore claim the lump-sum deduction for objects 2 and 3, in accordance with Art. 32 para. 4 DBG.

In its ruling (2C_966/2016) of 25 July 2017, the Federal Supreme Court ruled that the reinvestment of a profit made from a commercial real estate trade in the conversion of another property was a strong indication that the complainants wanted to continue to be active in the real estate sector and thus as an indication of self-employed activity. Since the property in U. had been sold out of financial distress, the reinvestment in another costly project was to be classified as a real entrepreneurial risk that went beyond mere private asset management (E. 4.1.1.). And also the intention to make a profit was affirmed because, despite their financial plight, the complainants converted the disputed house in V. into a luxury property in order to resell it after only four years and thus generated a profit of approximately CHF 5 million (E. 4.1.4.).

Also in the rulings (2C_160/2017,2C_161/2017, 2C_162/2017,2C_163/2017) of 24 August 2017, the question of whether the property can be allocated to private or business assets or whether a lump-sum deduction was permitted with regard to costs and premiums (E. 3.1. ff.) was controversial. In the absence of an adequate determination of facts by the lower court in accordance with Art. 112 para. 1 lit. B BGG., the Federal Supreme Court could not examine whether the property was rightly attributed to private assets by the lower court (E. 3.2. ff.). The appeals were approved and the case was redirected to the lower court to supplement the facts and to give legal reasons.