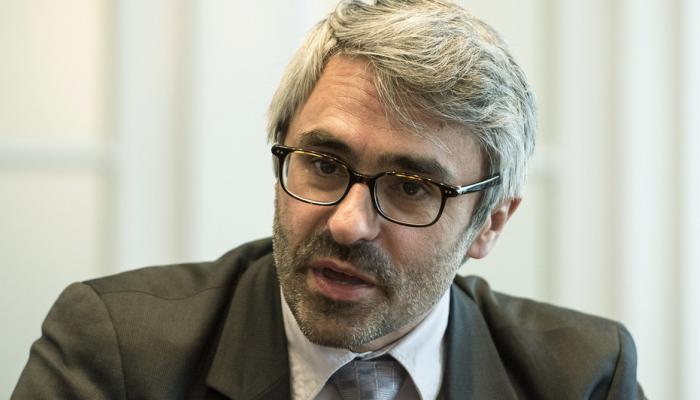 On the 28th of March 2017 Pascal Saint-Amans, Director of the Centre for Tax Policy and Administration, together with Achim Pross, Head of International Co-operation and Tax Administration, Gita Kothari, Senior Legal Advisor, Legal Directorate, Jefferson Vandervolk, Head of Tax Treaty & Transfer Pricing & Financial Transaction Division, Giorgia Maffini, Deputy Head of Tax Policy and Statistics, and Piet Battiau, Head of Consumption Taxes Unit, have again given information on developments within the BEPS project and other related tax issues in the course of a Webinar.

Once more, they gave information about the Multilateral Instrument, but also about other parts of the BEPS project like Tax Transparency, Tax Certainty and VAT.

First, Pascal Saint-Amans shortly summarised the outcome of the discussion regarding tax conducted during the G20-meeting in Baden Baden. Once more the G20-ministers affirmed their intention to remain committed to the BEPS project. Especially important to them is the work on «tax and digitalisation of the economy» and therefore they asked the task force of digital economy for an interim report in 2018. The final report was originally scheduled for 2020. The next G20-meeting that will deal with tax will probably take place in July 2017.

Currently, 94 countries have joined the BEPS project and signalled their intention to implement the 4 minimum standards. More than half of them are non-OECD- or non-G20-countries. Additionally, Pascal Saint-Amans emphasized the balanced representation of all the continents. Furthermore, the Steering Group has been extended to 20 members with the admission of Jamaica and Egypt.

Afterwards, Achim Pross informed about the review-process. He emphasized at the beginning, that the focus currently lies on the implementation of the action points – an implementation in no particular order. The BEPS actions, which are «minimum standards», i.e. action 5, 6, 13 and 14, are currently being checked by experts within the framework of a peer review. For action 5, 13 und 14, the «methodology and terms of reference» are already agreed on and the reviewing process has started gradually since December 2016.

Interesting is, that the first report for action 14 (dispute resolution) will be published in July 2017 and that Switzerland will be appearing in it.

At the end, Achim Pross and Pascal Saint-Amans both stressed how important it is, that the tax payers make inputs and participate in this process. «Use it or lose it» – this unique opportunity to let them know, where the inefficiencies and problems are, so that the results will be balanced and good in the end.

Gita Kothari informed shortly about the «speed matching event», which took place at the end of February 2017. The goal of this event was to prepare the countries for the signing of the «Multilateral Convention», which will take place in Paris on the 7th of June 2017. 55 delegations participated and the countries are currently preparing their reservations and comments.

In July 2017, a list of uncooperative countries regarding to the AEOI shall be published. All countries, which do not fulfil at least two of the three following criteria, shall be listed:

Thanks to the «fast-track-process», countries have had more time to prove that they improved their legislation. The list will be published in July and Pascal Saint-Amans hopes, that as few countries as possible will be listed on it. The list is therefore not meaningless, emphasizes Saint-Amans, because countries like Panama have only committed themselves to the AEOI because of the threat of being list.

Achim Pross explained next, that they are setting up a standardised and secure transmission system to exchange information on bilateral exchanges. In this process, confidentiality is key and the first exchanges of information will take place in September 2017.

Giorgia Maffini reported about the business-survey, that was conducted between October and December 2016, and its report which was published in March 2017. Companies from 62 countries have participated and they received 742 responses in total. The results, like for example the top 10 sources of tax uncertainty and possible solutions, can be found online in the final report.

Finally, Piet Battiau presented the first legal instrument for VAT in the OECD, the «VAT/GST Recommendation». Even though it is not legally binding, it represents a very large political consensus and shall be released in mid-April. It is also open to accession by non-OECD-members.

In this fifth webinar, a lot of different topics have been brought up and their developments have been demonstrated. They wanted to show that the BEPS project is progressing at a fast pace and that they are striving to effect positive changes, some of which one can already observe, like for example with the G20-list regarding the AEOI. But Pascal Saint-Amans also highlighted how important it is, that all players from the private sector, as well as governments, participate actively in this process in order to achieve satisfying results. The next webinar will take place before summer and in July 2017 the annual report of the inclusive framework will be published.