Fiscal treatment of BVG (Federal Law on Occupational Retirement, Survivors' and Disability Pension Plans) disbursements in the event of expatriation to Israel 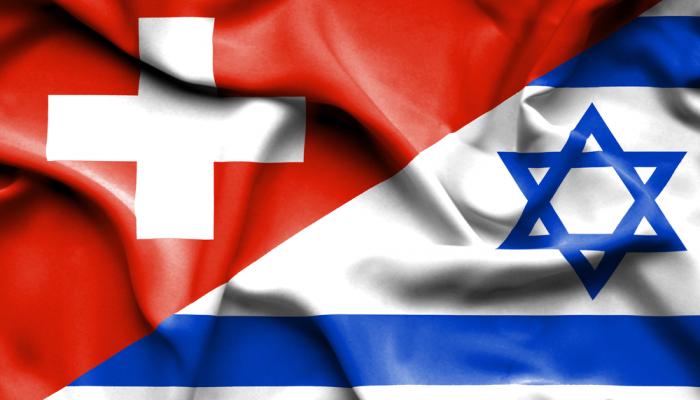 The taxpayer X, born in 1959, emigrated to Israel on 30 September 2012 with the intention of settling there. Prior to that, X lived and worked in Switzerland and regularly made compulsory contributions to a pension foundation.

In 2012, upon leaving Switzerland, the taxpayer was paid a lump-sum payment by the pension provision, which was debited with a withholding tax in Switzerland.

Which Contracting State may claim the right of taxation

In connection with the disbursement of the capital payment, X is subject to limited tax liability in Switzerland based on Art. 5 para. 1 lit. e in connection with Art. Section 6 para. 2 DBG. As a recipient of private-law pension benefits with domicile abroad, X is subject to withholding tax for the capital payment received in accordance with Art. 96 and 100 DBG. Since X is simultaneously subject to unlimited tax liability in Israel, clarification as to which of the two states can actually claim the right of taxation for this lump-sum payment is required within the framework of the Double Taxation Agreement between Switzerland and Israel.

However, an additional protocol to the DTA between Switzerland and Israel specifies the conditions under which the receiving state is granted the right of taxation. Paragraph 5 of the protocol states the following:

Special arrangements in the Double Taxation Agreement between Switzerland and Israel

For the purposes of this regulation, the two states agreed that the exemption can only be claimed in Switzerland if the capital contribution in Israel is effectively received and effectively taxed. Thus, the DTA between Switzerland and Israel stipulates the principle of the remittance base and additionally contains a subject-to-tax clause. From Switzerland's point of view, with the agreement on the subject-to-tax clause, no unconditional exemption of the Swiss capital payment has taken place.

The Federal Supreme Court concluded that although the lump-sum payment was received in Israel and is also subject to taxation, no effective taxation has taken place. In Israel, there are privileged conditions for immigrants which exempt them from taxation for 10 years. X was able to claim this privilege.

Israel is the only contracting state in Switzerland's DTA network which requires that capital payments from the other state must be effectively transferred and effectively taxed in order for the right of taxation of the resident state to be valid, so that the other state exempts the capital payment from tax. This also confirms the interpretation of paragraph 5 of the protocol, whereby the DTA between Switzerland and Israel seeks to prevent double non-taxation in both contracting states.

In paragraph 5 of protocol of the DTA between Switzerland and Israel, there is a subsidiary right of taxation for the other Contracting State, provided that the country of residence does not exercise its right of taxation. Therefore, paragraph 5 is regarded as lex specialis in relation to Art. 18 of the DTA between Switzerland and Israel and Switzerland has the right to levy a withholding tax if Israel has taken note of the lump-sum payments from occupational benefits, but has not taxed them.

The taxation of capital payments from pension provision is the subject of tax disputes in an international context time and again. Taxpayers try to reduce or even avoid the tax burden on capital payments from pension provision by skilfully using the different taxation rules in individual countries. The present decision shows that the existing planning possibilities are being restricted increasingly, also from Switzerland's point

of view. The introduction of Art. 5 para. lit. E DBG unilaterally created an economic point of contact for taxation law in Switzerland. However, the possible suppression of Switzerland's right of taxation within the framework of a Double Taxation Agreement is obviously no longer being easily accepted. The application of the remittance principle and a subject-to-tax clause are also increasingly being used in Switzerland's DTAs, thus restricting the room for manoeuvre.